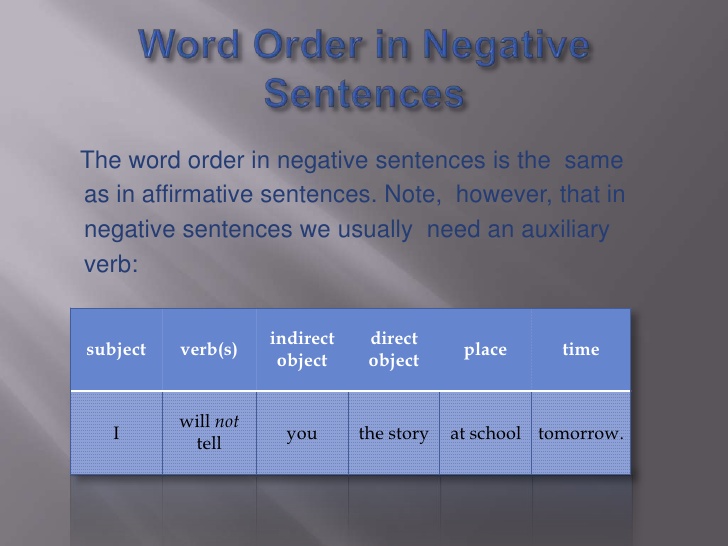 For example:   I didn’t care to go with them to the movies.

Obviously we change this order in Question Formation:

Didn’t you wish to go with them to the movies? (Aux-verb goes before the Subject)

When are you going? (same)

Additionally certain adverbs such as hardly, seldom, rarely, little, and never can be placed initially, for emphasis in formal writing.

Hardly had he slept a wink when the phone rang.

Seldom does he drink alone, but this was an exception.

Never has he been out so late.

Little did I know what awaited for at home.

Rarely does it rain here in the winter.

This is a traditional or archaic carry-over from Middle English usage to emphasis negation and is more frequently seen written rather than heard in informal conversation. Nonetheless people with a more diverse vocabulary will be comfortable using this.