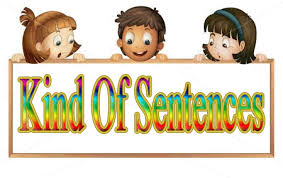 The second KIND OF SENTENCE is = THE COMPOUND SENTENCE

Here we use two INDEPENDENT CLAUSES and CONNECT them together with a CONJUNCTION.

But with a Conjunction we can combine these into a COMPOUND SENTENCE:

Greg ate a sandwich AND drank some juice.

The Third Kind of Sentence in English is the COMPLEX SENTENCE.

We form these by combining